CFPB Focus and Bulletins during 2017

Since its inception, in the summer of 2011, the Consumer Financial Protection Bureau (CFPB) has focused on implementing safeguards for John and Jane Q. Public to protect them from predatory, deceptive, and unfair practices developed and implemented by some financial institutions and exposed during the Great Recession.  Born from the 2010 Dodd-Frank Financial Reform Act, and the brain child of Senator Elizabeth Warren, at the time a renowned law professor, the CFPB was given sweeping authority to promulgate and enforce regulations in order to increase transparency in financial transactions ranging from mortgages to credit cards, and even debt collection.  Championed by the left, and vilified by the right (as well as virtually all of Wall Street), the CFPB continues to push forward with its agenda.  Though there is some debate as to the future of the consumer watchdog agency since Republicans now control the White House and Congress, the CFPB is, for now, still a force to be reckoned with in our industry, and 2017 was no exception.  Included in this article are some of the highlights from the past year’s CFPB rulings. 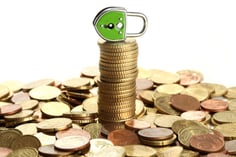 Additional rules were put in place for substantiating a borrower’s Ability to Repay (ATR).  Whereas Regulation Z had previously been amended to require creditors to make a “reasonable” effort to verify the borrower’s stated income and assets, the new guidance requires more stringent reliance on verifications via third-party documentation.  Additionally, since the Bureau had discovered that many mortgage servicers were deficient in compliance surrounding foreclosures, loan modifications, escrow management, and statement clarity, more stringent requirements were outlined to hold these servicers accountable for stricter adherence to Regulation X and Regulation Z requirements.

In recent exams, the CFPB found that, in many cases, auto lenders and servicers were following through with repossession after delinquent loans had been brought current or other arrangements had been agreed to for curing deficiencies.  The Bureau has directed these servicers to cease such practices and will continue to focus on repossessions and workouts during future exams.

The Bureau found that many institutions were not compliant in their disclosures.  Those practices most emphatically discussed were failure to provide tabular account-opening disclosures, deceptive misrepresentations about telephone payment options and add-on products, and the failure to properly handle billing error resolution and unauthorized transactions.  Additional scrutiny will be placed on these areas going forward.

Though the Fair Debt Collection Practices Act has been in force for years, financial institutions are still found to be deficient in adherence to the regulation.  During 2017, the CFPB found numerous violations covering communication with third parties, false representations of the impact that debt settlement has on a consumer’s credit rating, and efforts to collect during times known to be inconvenient to the consumer.  Stronger emphasis will be placed on these components in future examinations.

Financial institutions continue to be found in violation of Regulation E and the Unfair, Deceptive, and Abusive Acts and Practices Act (UDAAP).  Among the violations cited were account freezes, misrepresentations about monthly fees, violations of error resolution requirements, and deceptive overdraft practices.  The Bureau ordered affected institutions to remedy these deficiencies prior to their next exam.

The Bureau strengthened its monitoring of Fair Lending.  With new TILA-RESPA Integrated Disclosure (TRID) and Home Mortgage Disclosure Act (HMDA) requirements in place, the CFPB is paying closer attention to financial institutions’ adherence to disclosure content and timing, as well as the accurate and timely collection of Government Monitoring Information (GMI).  Financial institutions found to be continually out of compliance with these regulations will be subject to increased scrutiny in subsequent exams and may face civil money penalties.

With the Republican controlled Executive and Legislative branches of government at the helm, many expect that the CFPB will temper its pace going forward.  Some are calling for the rolling back of much of the residual enforcement levied via Dodd-Frank in the hopes that decreased regulation will continue to drive the country’s recovery from the financial crisis.  Be that as it may, the status quo leaves those of us in the financial services industry subject to the Bureau’s oversight.  It continues to be of utmost importance for us to be cognizant of the breadth and scope of the regulations in place today.

Keep Calm and Bank On

How CECL Impacts the Financial Industry