It’s reported that customers paid more than $34 billion in overdraft fees last year, which is the most since 2009. Numbers like this are the reason why a financial institution’s overdraft practices are closely evaluated by the Consumer Financial Protection Bureau (CFPB), especially when it comes to continuous day overdraft, the most controversial form of overdraft.

What is the Overdraft Protection Law?

Continuous overdraft fees are still a hot topic in the financial services industry, especially since multiple lawsuits have been filed against bigger banks for predatory overdraft practices. These lawsuits argue that banks were allegedly pushing accounts into overdraft, misrepresenting customers’ account balances, and reordering debits and credits to accounts.

To counter this, the Federal Reserve declared, under the Overdraft Protection Law, that a bank must reject transactions if an account lacks sufficient funds. However, customers are allowed to change the default status of the Overdraft Protection Law and opt-in to overdraft coverage, if the bank offers the service. A recent example of an overdraft lawsuit was against the TCF Financial Corporation. Earlier this year, they paid millions of dollars in fines after they misrepresented their overdraft fees, TCF led their customers to believe that the overdraft program was mandatory for their new accounts, which led to more overall overdraft fees for the customer.

The Overdraft Protection Law only applies to transactions that are not pre-authorized, like ATM withdrawals and debit card transactions. Transactions such as automatic bill payments and checks do not fall under the Overdraft Protection Law and are subject to overdraft fees whether a customer has opted-in to overdraft protection. MB Financial was also hit with a lawsuit this year for allegedly running a “predatory” overdraft program where one customer claimed she paid 18 percent of her total income to overdraft fees over the course of two years.

The Underlying Benefits of Allowing Overdrafts

The above lawsuits show that some banks have abused continuous day overdraft, so why are overdraft fees still allowed at all? Well, overdraft programs are not predatory if implemented in compliance with the Overdraft Protection Law and provide a service to customers. Most customers do not want to face the embarrassment or inconvenience of a declined card at purchase. However, customers and members that consistently overdraft are high-risk and not profitable for banks or credit unions. Financial institutions often use continuous day overdraft to curb negative financial patterns to better benefit the customer and the institution.

The ethical dilemma arises because continuous day overdraft can feel as if customers are repeatedly punished because they are being charged additional fees when the financial institution knows they don’t have money in their account. Customers find it taxing to pay continuous overdraft fees that accumulate when an account becomes negative.

There are approaches to helping customers avoid going into a negative balance status like different account setting. For example, some banks have limited their overdrafts to a set number and once that limit is exceeded, then the overdraft service is suspended. These measures are taken to help prevent the consumer from developing a habit of perpetual overdrafts. Virginia O’Neil, Senior Vice President of American Bankers Association (ABA) Center for Regulatory Compliance, said “Banks offer consumers multiple tools to manage their accounts and avoid overdrawing, including text alerts about low balances and the ability to monitor their accounts online or by phone at all times.” 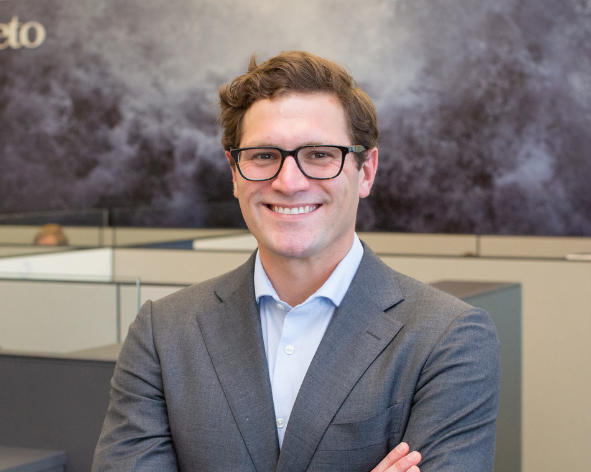 Senior Consultant
Hometown: Atlanta, Georgia
Alma Mater: Georgia Southern University
Big fan of the Georgia Bulldogs, GSU Eagles, and Atlanta Falcons. Enjoys getting out on the links and playing golf as well as staying busy in the gym. Loves grilling out and enjoying the warm weather.

How CECL Impacts the Financial Industry