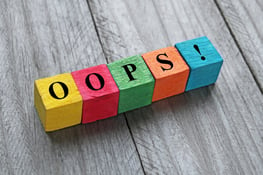 In 2016, the CFPB estimates that revenue from consumer overdraft and NSF fees totaled $17 billion, accounting for 65.4% of all consumer deposit fees paid. While Courtesy Overdraft Programs bring in a substantial amount of non-interest income, it more importantly provides consumers with a service that satisfies a key financial need. The CFPB also estimates that 30.00% of consumers overdraw their checking accounts in a given year, while only 8.00% of consumers overdraw more than 10 times in a given year. With almost a third of all consumers overdrawing their accounts annually, Courtesy Overdraft Programs prove to be a valued service that the majority of opted-in consumers utilize as a safety net.

While Courtesy Overdraft Programs are not designed to be used as a source of credit, many consumers are choosing to knowingly overdraft rather than get a Payday loan. Payday loans are marketed as a product to help consumers cover any costs until their next paycheck arrives. The average loan term is 2 weeks and they have an average APR of over 300.00%. On October 5th, 2017 the Consumer Financial Protection Bureau finalized a rule targeting the payday debt traps that Payday loans create. The CFPB found that many consumers were having to pay expensive charges to refinance or rollover their Payday loans, creating a cycle of taking on new debt to pay off old debt. Financial institutions offering Courtesy Overdraft Programs provide consumers with a service that allows them to avoid this, while fulfilling the consumers short term credit needs.