Are Community Banks Going the Way of the Airline Industry? 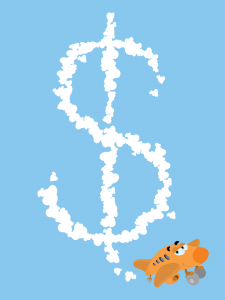 Wow! That’s quite a stretch, isn’t it? Maybe…but consider the quote from the May 13, 2013 edition of USA Today entitled, “Airlines Collect Record Baggage Fees in 2012.”

“NEW YORK…U.S. airlines collected more than $6,000,000,000 in baggage and reservation change fees from passengers last year, the highest amount since the fees became common five years ago. Passengers shouldn’t expect a break anytime soon. Those fees – along with extra charges for boarding early or picking prime seats – have helped return the industry to profitability.”

At the expense of a slight exaggeration, and perhaps an imperfect analogy, it seems to be more profitable to collect these fees from flying . . . . . than from flying (fares) itself! Or, banks make more profit from charging fees than making loans (the business of banking), especially in this very low interest rate environment.

The profitability of charging fees by airlines is similar to the profitability of fees by banks because both types of fees are a byproduct of the basic services provided by each of these industries. In other words, the airplane would fly whether or not the passengers pay baggage fees. And conversely, banks would still have to accept deposits and make loans, whether or not fees were attached to these basic banking services. Ironically, airlines are reluctant to increase passenger fees for competitive reasons and banks can’t increase their loan income because of very low demand in the midst of historically low interest rates.

Since, banks have always charged fees – but more so now because of the almost six year profit (or lack thereof) squeeze – what’s your thinking about the future of fees, i.e., when the economy returns to normal (or the new normal . . . whatever that is)? 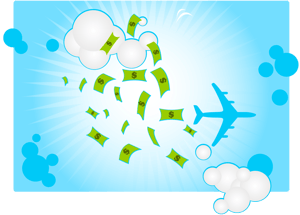 Let’s assume that the economy improves significantly, loan demand returns and the level of interest rates rises dramatically. Bank profits will increase significantly because of the dramatic increase in interest income (or NIM, net interest income). Will banks (forget the airlines . . . as the economy improves so will their profits) continue to emphasize and implement new fees?
You bet they will! Once you give candy to a baby (banks and airlines) it’s hard to take it away!!