As we all know, we are currently living through an unprecedented, and what will become a major historical event. History has always been an instructive and useful tool, as we can look back and see how similar situations were handled previously and learn what we can do better in the future. From a public health perspective, we have to go back to the Spanish Influenza of 1918, and from an economic perspective we probably need to travel back to the years of the Great Depression, or even more recently to the 2008 financial crisis. Both epidemiologists and economists have been studying these catastrophic events for decades.

In a later blog post, we will address the economic impact and similarities between the current Coronavirus Pandemic and the 2008 financial crisis, but first we want to discuss what makes this crisis so unique, and that’s because the Coronavirus Pandemic began as a public health crisis and has since transformed into an economic crisis. You can see this transformation in the image provided below.

Unlike the 2008 financial crisis, this crisis did not start in the financial space, but instead began in the public health space. Economic repercussions were not an immediate threat when the virus first started spreading in China back in December of 2019.

Six months later, this novel Coronavirus is now wreaking havoc on our societies and communities all over the world; and according to epidemiologists, we now know that this is 2 to 3 times as contagious as the flu, and 5 to 10 times as lethal. We have no natural immunity to this new virus, and in two months, we have seen a million cases and 70,000+ deaths in the United States. Thus, causing a huge strain on our healthcare system and requiring the government to call a national emergency. The government then implemented an unprecedented stay-at-home policy to flatten the curve and reduce the spread of the virus to unburden our healthcare system.

These numbers are staggering and very sobering to say the least. Local communities are counting on their banks and credit unions for necessary relief and flexibility across the country, while inadvertently putting financial institutions in an extremely difficult position. To support their communities, financial institutions should put forth every effort to provide much needed relief and aid to their customers and members, but how do they also prepare for the future to protect their profitability and capital for the long-term?

If you would like to learn more about how to balance long-tern profitability and capital while still helping your customers and members during this unprecedented time, please check out our latest on-demand webinar, “How to Deal with the Coronavirus Pandemic: A Huge Dilemma for Financial Institutions.” This webinar discusses the following topics: 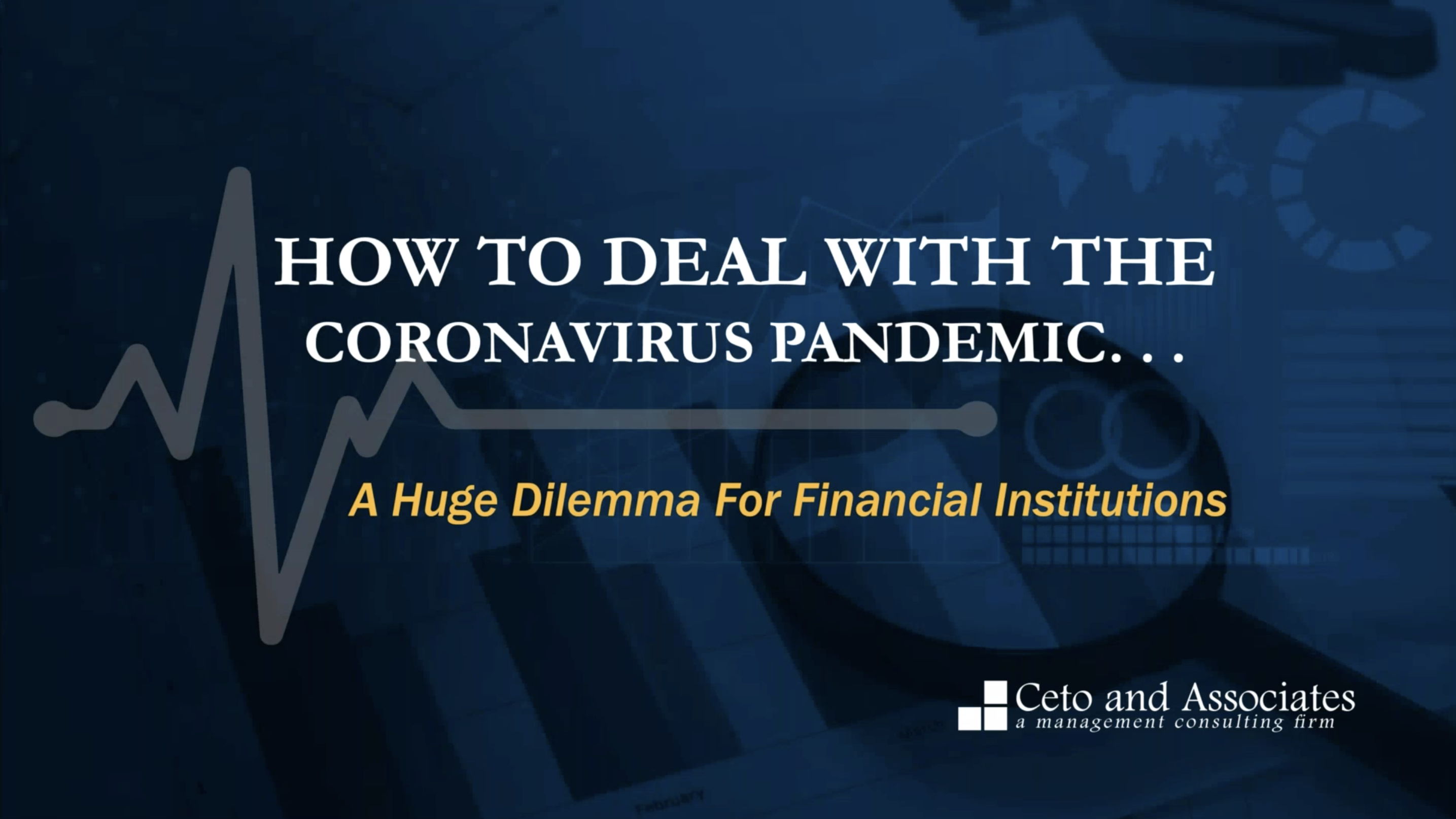