How I Learned to Stop Fighting the Fed

One of the mantras most quoted for personal investors is, “Don’t Fight the Fed.” Essentially, the concept is that the pursuit of an investment strategy that runs counter to the economic environment that the Federal Reserve is attempting to promote, will not perform to expectations. 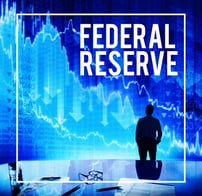 At the Federal Open Market Committee (FOMC) meeting that recently concluded on June 14, the governing body that controls interest rate policy for the United States increased the target range for the Federal Funds rate by 25 BPS to 1.00% to 1.25%. This represents the second interest rate increase of 2017, but only the fourth increase since the Fed took the historic step of instituting a target range of 0.00% to 0.25% back in December 2008, in response to the Financial Crisis (Source: Federal Funds Data, FRB).

The Federal Reserve’s dual mandate to promote “full employment” of Americans, while controlling the rate of inflation has been a challenging environment for financial institutions during the past decade.  Banks and credit unions saw the margins on their customer/member loans shrink further and further, and their depositors experienced their most conservative savings vehicles fail to keep up with inflation. As a result, we are officially in an environment of “rapidly” increasing interest rates!

You will notice that I wrapped the word “rapidly” in quotes. This is not to convey sarcasm or skepticism, but because the connotation of “rapid” is open to interpretation, and requires some  clarification. In looking at the history of the increases in the Fed Funds Rate since July 1990, the FOMC adjusted the rate upwards 35 times, but only five increases were in increments greater than 25 BPS. Four times the rate increased 50 BPS (May 1994, August 1994, February 1995 and May 2000), with a single 75 BPS increase in November 1994 (Source: Board of Governors of the Federal Reserve System). Therefore, to say we are in a rapidly increasing rate environment speaks primarily to the frequency with which the rate is increasing, not the amount by which the rate is increasing.

At the start of this year it was forecasted that there would be three rate increases in 2017. These forecasts should not be accepted as doctrine, or as a de facto guarantee, as unforeseen geo-political developments often have an impact on the FOMC. For example, the forecasts at the end of 2015 called for four rate increases in 2016, compared to the one that actually occurred at the final meeting of the year. Actions on the other side of both the Pacific (i.e. a surprising, albeit brief, slowdown of China’s economy) and the Atlantic (i.e. Great Britain’s shock “Brexit” from the European Union) resulted in increased global uncertainty, with significant repercussions here at home. As anticipated, rate increases never materialized.

Since the Great Recession, the Fed has held press conferences after select FOMC meetings. This was a practice instituted by former Chairman Ben Bernanke to improve transparency into the dealings of the FOMC. Interestingly, each rate increase that has occurred since the press conferences were initiated, were announced during meetings where, coincidentally (or not), a press conference had been previously scheduled. Therefore, assuming that this pattern continues, that would leave either September or December for the third and final increase that was originally forecasted for 2017. This assumes that there will be no global turmoil, which would give the Fed pause to further increase rates.

During this past decade’s historically low interest rate environment, there has been a strong focus on the optimization of interest expense at the expense of depositors, reduction of non-interest expense to streamline operations, and a reliance upon continued improvement of non-interest income in order to maintain revenue. Despite the flexibility that a rising rate environment will afford ALCO committees to establish competitive interest rates for deposit and loan products, a focus on product suite optimization and non-interest income improvement must be maintained.

As the evolving policy from the Federal Reserve allows for higher loan interest income, it is paramount to ensure that the never-ending race for deposit growth does not result in a net negative impact to interest income. This could materialize through an exorbitant jump in interest expense, as a result of new interest-bearing products paying above market rates. While increasing the rate offered on deposit products can be a quick, easy, and an effective strategy for improving deposits in the near term, these funds have proven to be fairly unstable, as a competitor can nullify the effect. Again, keep in mind the amount by which the FMOC is increasing rates. These smaller, more frequent rate increases could result in expensive deposit products paying above-market rates, quickly becoming less appealing. Often times it can be best to seek outside experts in order to develop and create products that consumers find attractive, and suit an Institution’s specific marketplace; which ensures that the increased margin this environment allows, will materialize in the long term.

The historical facts, and the insight I’ve offered, will provide some useful direction for future strategies that banks and credit unions can pursue in order to ensure that they aren’t working against the pathway laid by the Fed’s actions. Ultimately, an environment of higher interest rates will allow financial institutions to improve interest income by offering compelling loan products at competitive rates that contribute to a stronger bottom line. It is absolutely critical to keep other sources of income and expense control in mind to make sure that we as “Bankers” continue to fight the good fight for customers/members, employees and shareholders.